Each region of the UK holds its own meetings at various times during the year. More info »

Our blog contains writeups about user group meetings and more...

Our mission in starting the group was to create a community in the UK around QGIS and aim to grow that community through organised meetings, impromptu meet-ups and focused events like hack-days, workshops or code sprints. We want the group to be open, educational, fun and encourage transparency, inclusion and community in the spirit of FOSS. While the focus of the group is on QGIS we hope to build links with other groups including OSGeo, OpenStreetMap and the AGI and encourage users to get involved be it through interest in coding new features, integrating with other applications or producing a good looking map.

The user group meetings that have been held are informal affairs and not driven by or biased or made one-sided by commercial organisations. This has made them relaxed meetings where the topic of conversation can cover proprietary systems, other open-source products, practical how-to demonstrations, and user case studies on features within QGIS or the implementation of it. Although the backgrounds of the regional leads is in Local Government, the meetings are not biased towards this sector, increasingly meetings are seeing more academic bodies and private sector companies attending and contributing. We have a number of regional leads that organise meetings during the year. Keep an eye out on Twitter, Facebook, Google+ and mailing list and, of course, the QGIS website for details of our meetings.

Would you like to support the QGIS project by giving a donation? If so there are two ways that you can do this.....

Why make a donation to the UK QGIS chapter? Your donation will be put to work to help support the core QGIS project via polling UK QGIS users what they would like the money spent on. Donations could be put towards:

Those building the foundations

The Royal Borough of Windsor and Maidenhead has over 70 users of QGIS across 10 departments and is deployed via a mixture of thick and thin client PCs as part of the councils Virtualised Desktop implimentation (VDI). In 2012/13 QGIS and PostGIS replaced proprietary software packages. GIS as a whole in the authority has seen a marked incease in useage and visability, now that it can be delivered across the council without an increased licence fee asssoicated with a wider distrubtion and uptake.

Angus Council is currently using QGIS and PostGIS as the backbone of the corporate GIS infrastructure. There are 55 users across the Council who use it to create and edit business datasets. Thanks to community development it also has a custom gazetteer search plugin allowing users instant access to core Council datasets. Future shared developments are planned. Several successful projects have been completed solely using open-source QGIS and PostGIS highlighting to all just how capable the open-source GIS stack is. Angus Council supports running of the QGIS UK user group in Scotland, helping organise two events a year.

Ordnance Survey use QGIS alongside proprietary desktop GIS applications. The technical support team and Cartographic Design team use the application to style OS products, perform analytical functions and solve varied customer queries. Around 200 people took part in the OS OpenData Masterclasses which were carried out across Great Britain in November 2013. QGIS was the open-source GIS of choice to accompany the introductory courses that were run OS OpenData Masterclass (Opening OpenData products with Office for National Statistics Data) and Cartographic Design Masterclass (further information can be found here). In addition, Ordnance Survey uses PostGIS to hold a suite of OS products for use in an internal mapping application which also utilises Geoserver, OpenLayers and Apache Tomcat 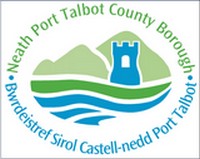